THE WORK AND WORKS OF ARNOLD SCHÖNBERG AND HIS STUDENTS ANTON WEBERN AND ALBAN BERG ARE CALLED THE “SECOND VIENNESE SCHOOL”. TO BE EXACT, THE PERIOD BETWEEN 1903 AND 1911 IS MEANT. 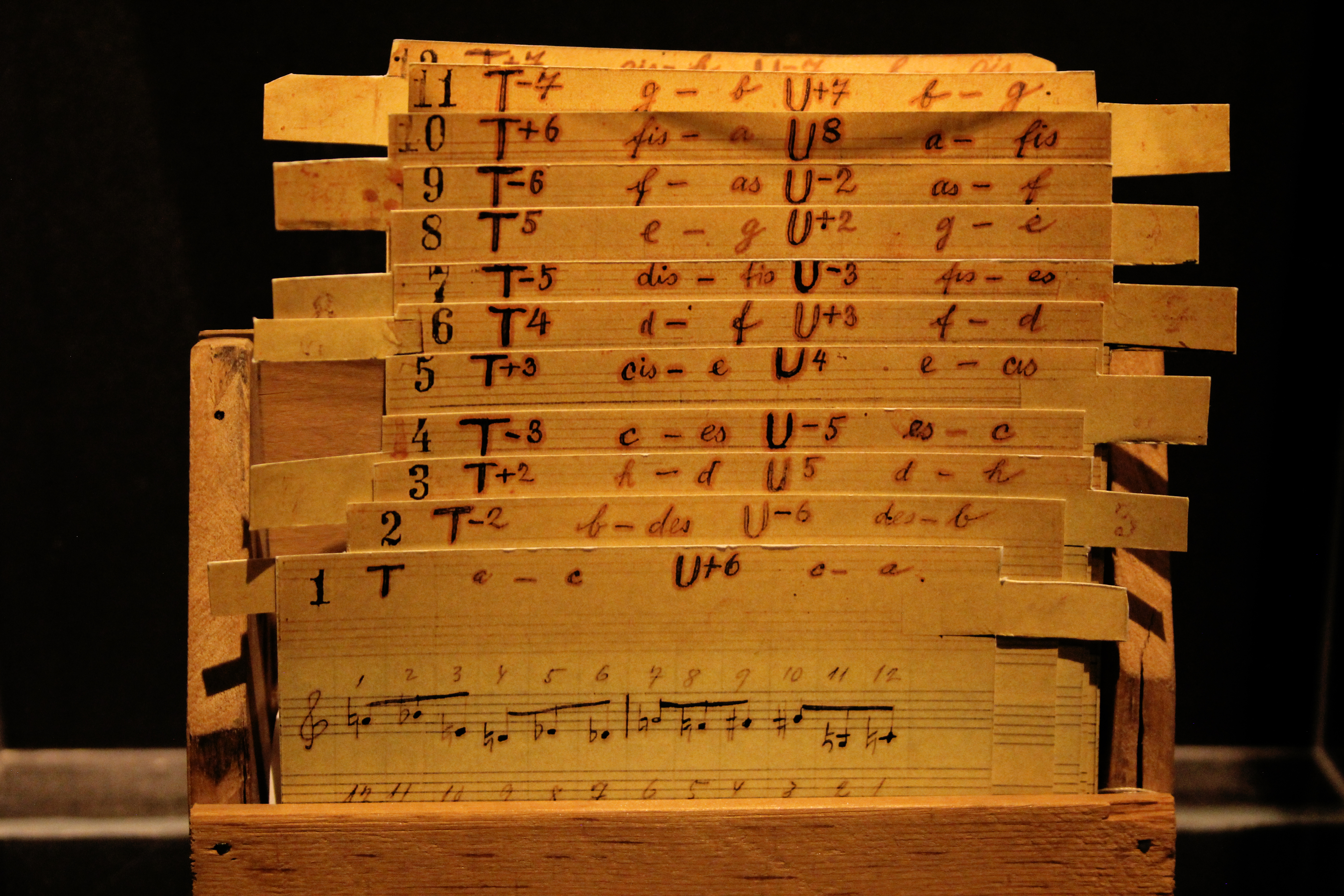 In the case of these three composers, we talk about twelve-tone music:

Each octave is made up of twelve semi-tones, of which only eight are used in traditional music of any key. The other four, which the ear perceives as dissonant, are only used in very specific and exceptional circumstances. Dissonances are sounds which we perceive as being unpleasant and inharmonious. In Schönberg’s music after 1907, on the other hand, all twelve tones are given equal value, so dissonances are not avoided and used quite deliberately. From 1920 on, Schönberg developed the new style further into a strict compositional technique: each piece of music, even an entire opera, had to involve a single twelve-tone sequence – i.e. a single succession of the twelve existing notes – which was expanded to 48 possible combinations according to almost mathematical rules. In the file box that hangs to the right of the exit from this room, Schönberg recorded these combinations for his opera “Moses and Aron”.

Did you notice that the name “Aaron” is written here unusually with only one “a”? Count the letters of the entire name of the opera: "M-O-S-E-S-U-N-D-A-R-O-N".

With only one "a" in "Aron", the number of letters in "Moses and Aron" is exactly 12. Fits to twelve-tone music, right?