LUDWIG VAN BEETHOVEN: HOW DID HE LOOK? LOOK FOR THE TWO MASKS OF HIS FACE. 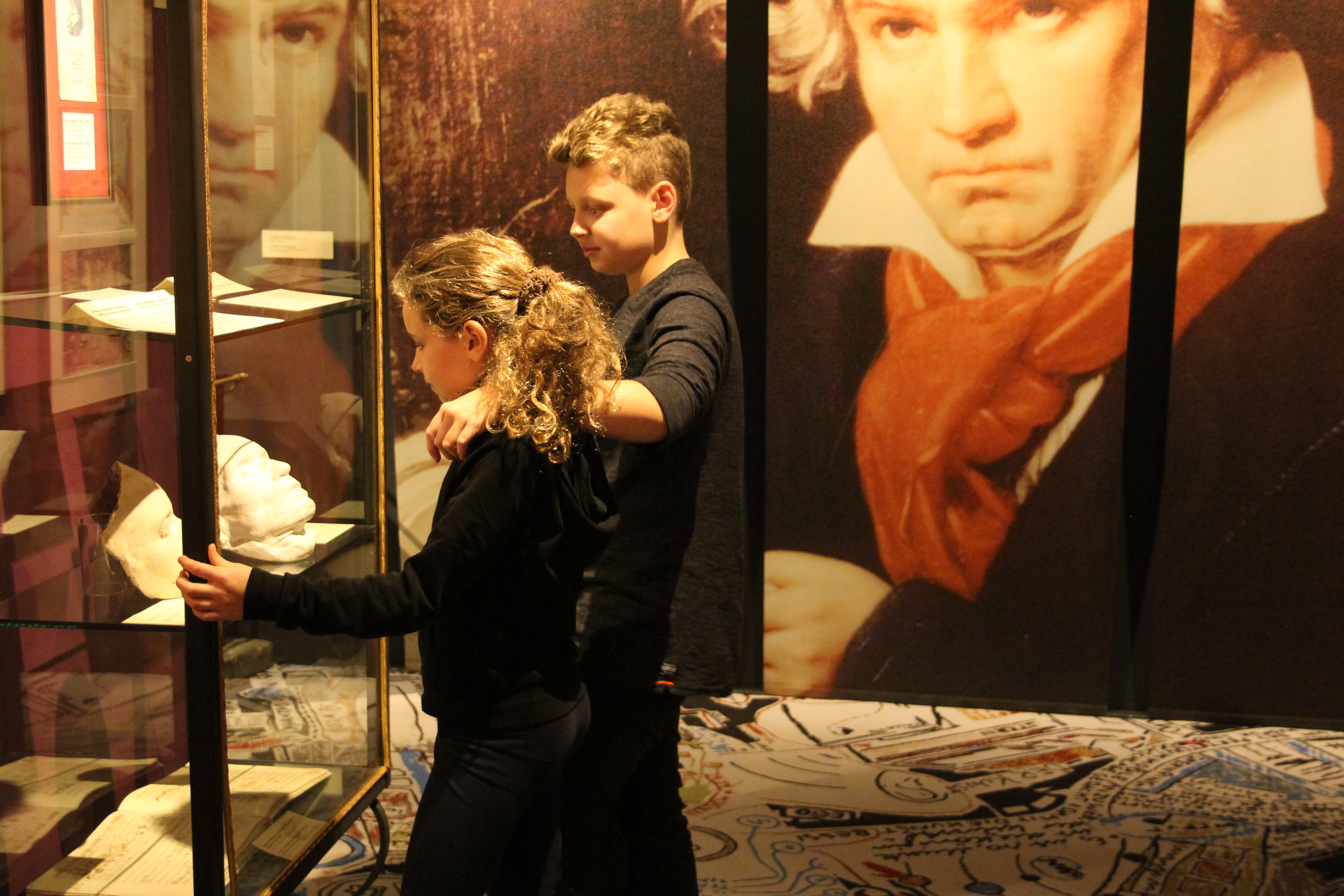 The sculptor Franz Klein took a plaster impression of Beethoven's face when the composer was 31 years old. And it wasn’t so easy because Beethoven was afraid of suffocating under the plaster mask. You had to sit very still, of course, until the mask had dried and could be removed from your face. It eventually worked on the second attempt. Franz Klein used the plaster cast as a template to make a bust for a gentleman by the name of Andreas Streicher. Mr Streicher was a piano-maker and really wanted a bust of the famous composer. He placed it in a room in his piano factory together with his other busts of famous people. This way, many people who had never met Beethoven but maybe knew his music were able to get an impression of how he looked in real life. 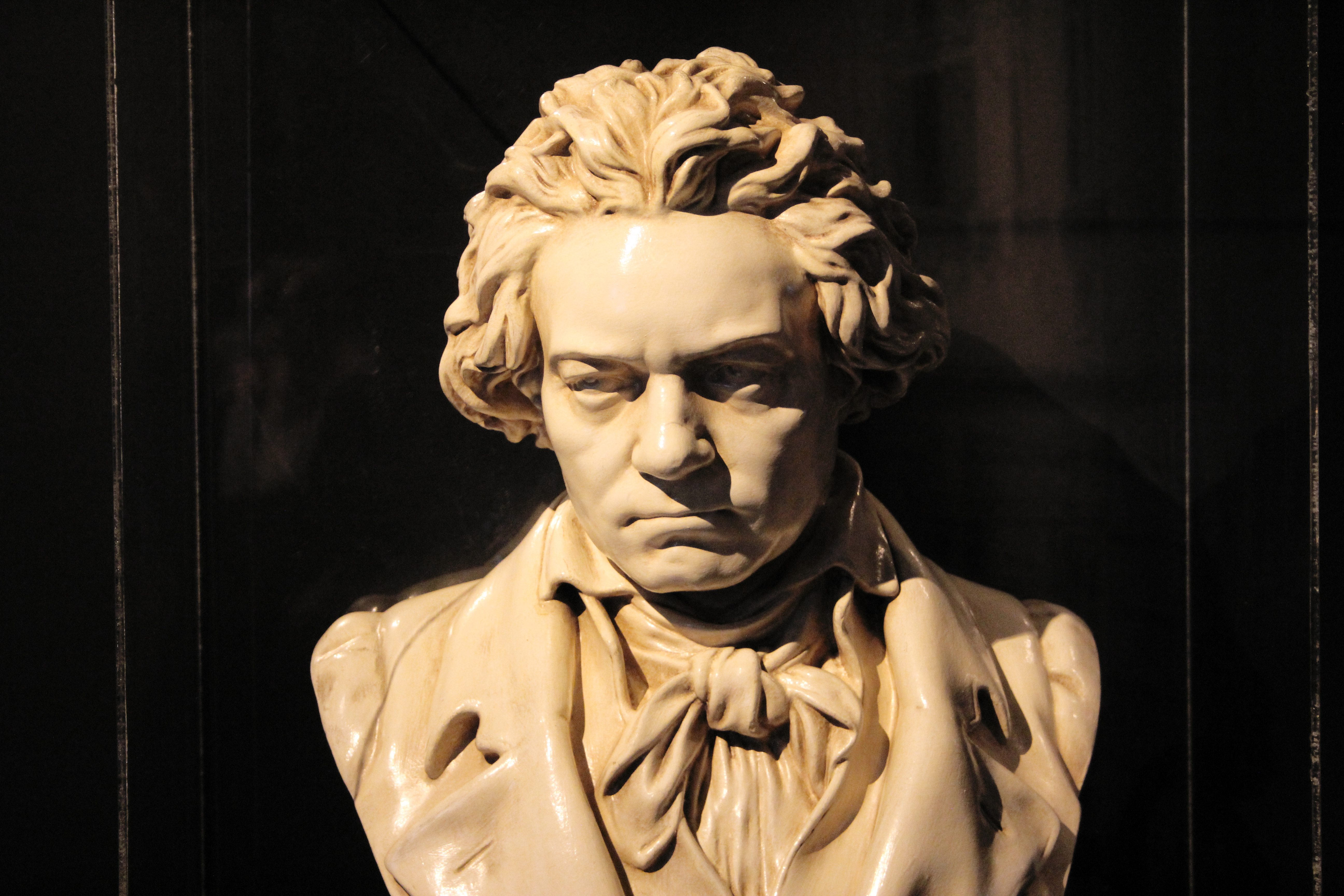 You’ll find a Beethoven bust in this room too. Have a good look around! 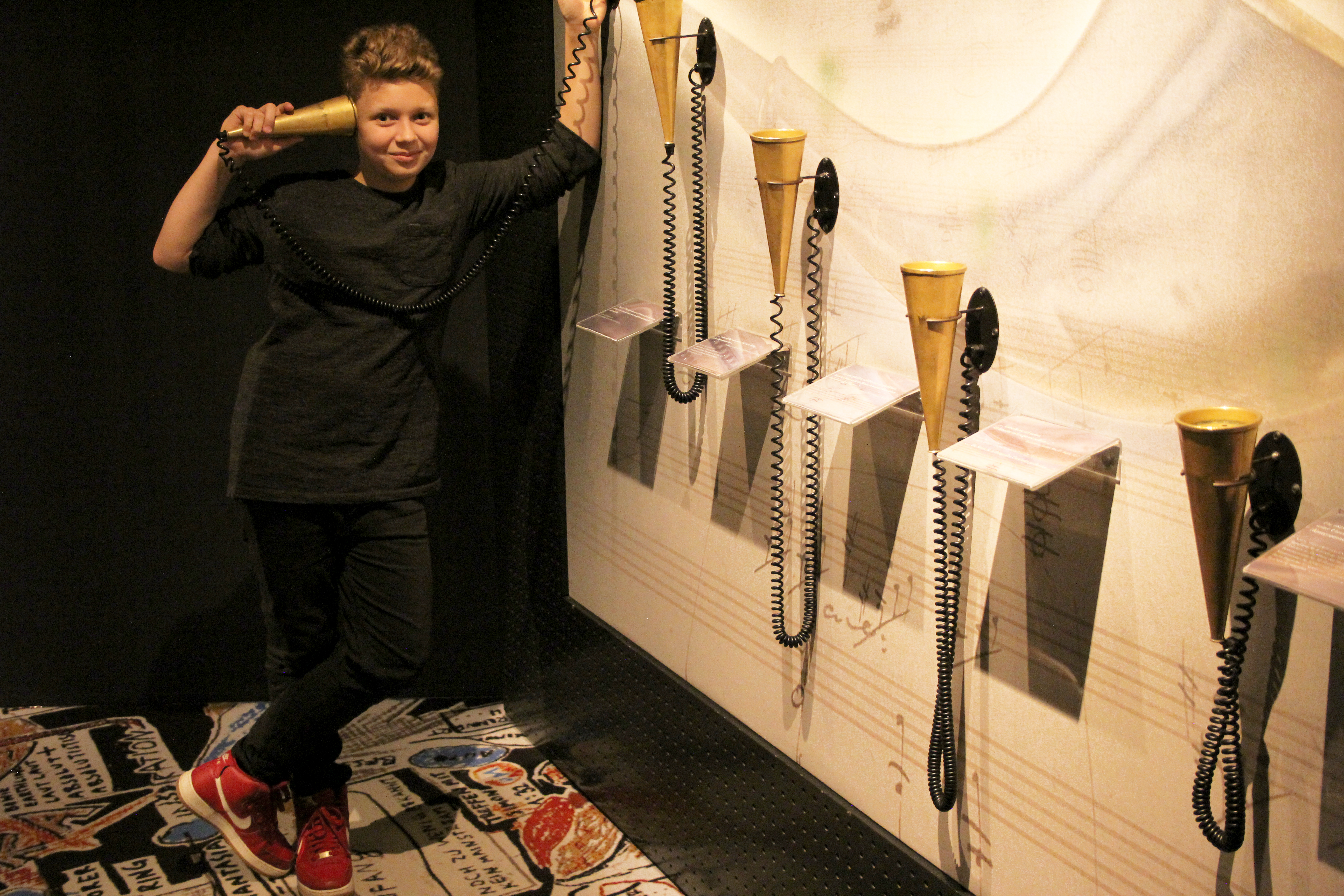 Can you see the five ear trumpets? These are to give you an idea of how it would be if you lost your hearing. Beethoven was still able to hear quite well when he was a young man – that’s the ear trumpet to the very left. But his hearing gradually became worse and worse until he finally became deaf – that’s the ear trumpet to the very right. Although he was hard of hearing for most of his life and completely deaf for the last nine years, he was still able to compose music. His music was in his head! That sounds unbelievable but it’s true! 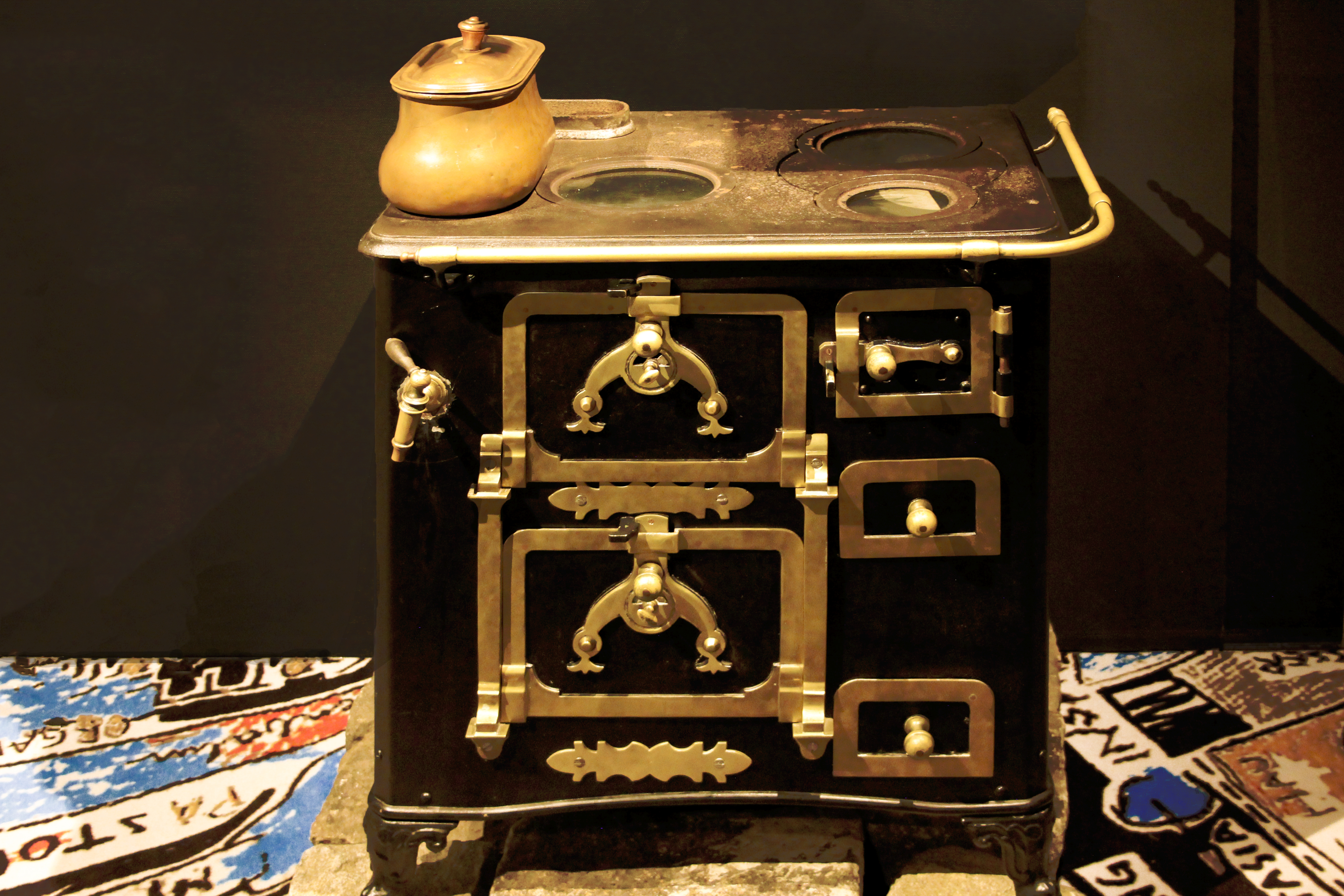 Have you found Beethoven’s oven in this room?

Take a guess at what Beethoven liked to eat.

One of his favorite dishes was fish. Did you guess it? In those days, it was quite usual to eat fish because it was expensive. If you had the choice, you would have preferred to eat meat. Another of Beethoven’s favorite meals was mac’n’cheese. You would like that too, right? But we have to assume that macaroni for Beethoven was like the spaghetti we know today – long pasta strings – and not the short pasta tubes. 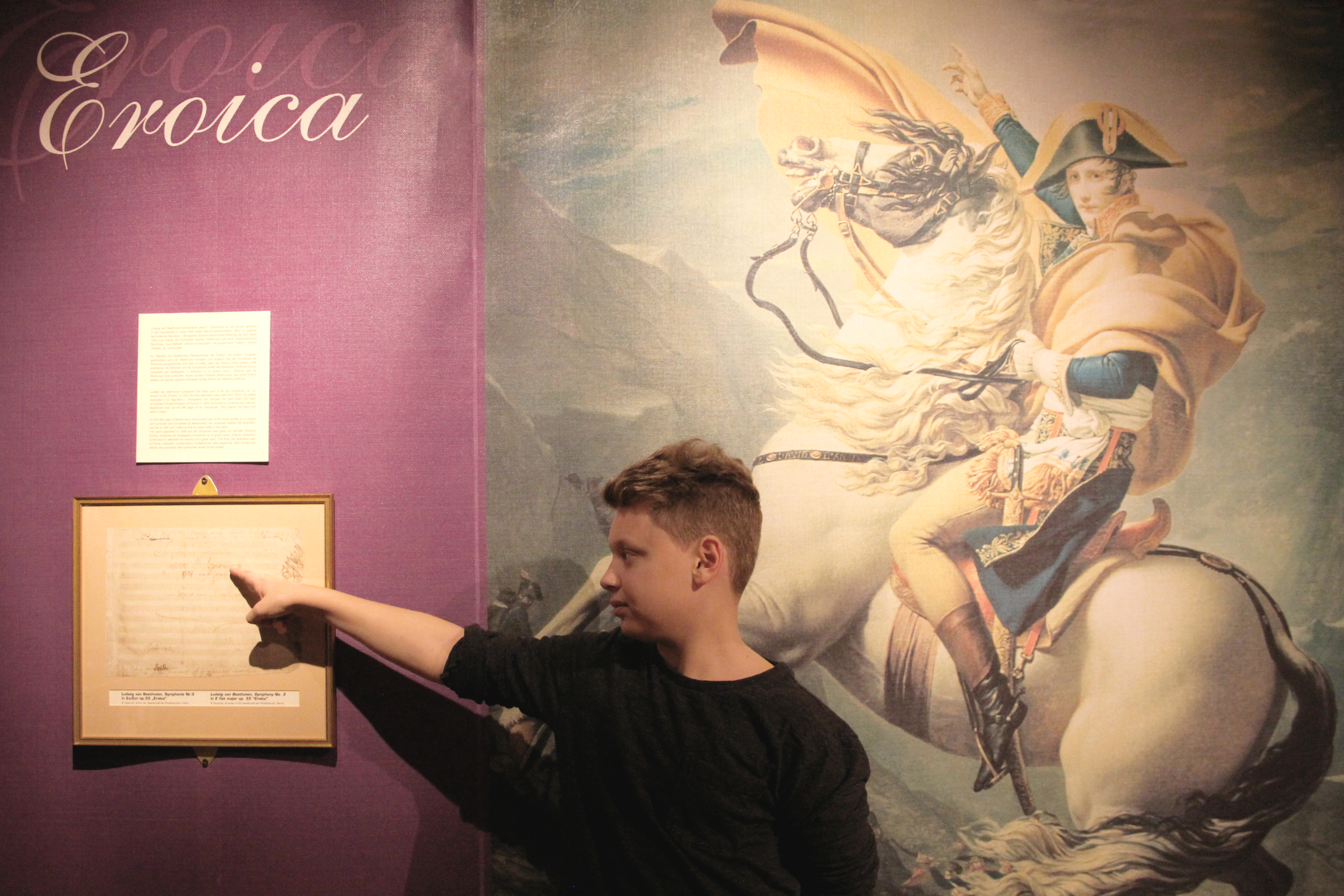 You have probably already found the large picture of the French Emperor Napoleon I in the middle of the room. Beside it you’ll find the first page of his 3rd symphony “Eroica”. Beethoven wanted to dedicate this piece of music to Napoleon but when he found out the emperor didn’t treat his people as well as he should, he deleted Napoleon’s name from the first page in anger.

Look at what happened in his rage: A big hole, right in the middle of the paper! 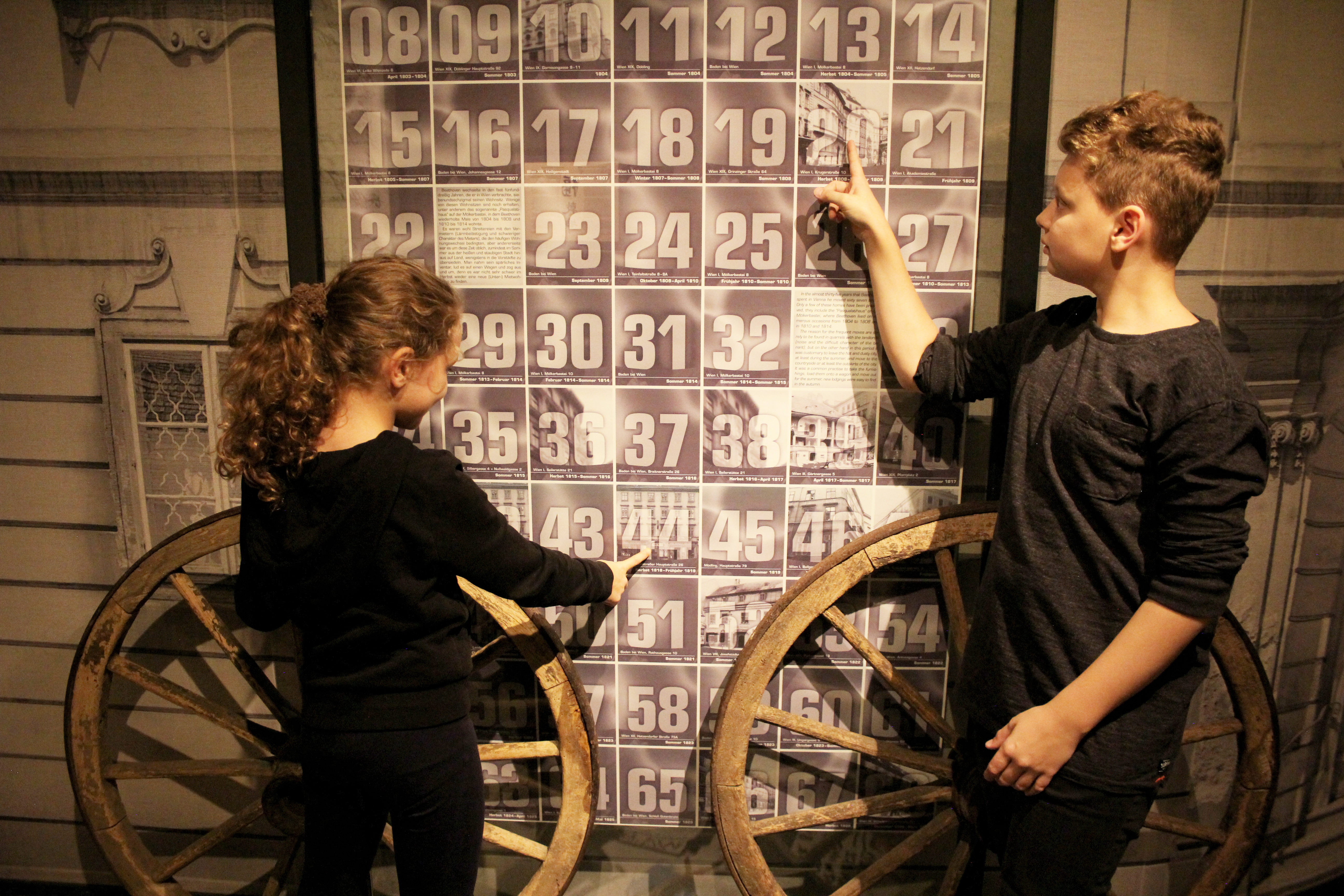 Do you see the board with the numbers? Down at the bottom right is number 68.

Why did he move house so often? Have you an idea?

Beethoven had three good reasons for moving so often: