Learn more about the origin of this famous orchestra and take a look at our renaissance fireplace, beamed ceiling and carved wooden cladding (panelling).

The great composer, Otto Nicolai (1810-1849), whose extensive works are still popular today, particularly his comic opera "The Merry Wives of Windsor", is regarded as the founder of the Vienna Philharmonic. As early as 1841, he became Principal Conductor at the Court Opera in Vienna. At the suggestion of leading figures from the Viennese music scene, he conducted a "Grand Concert" in the large Redouten Hall on 28 March 1842, which was organized by the entire "orchestral staff of the imperial Court Opera". 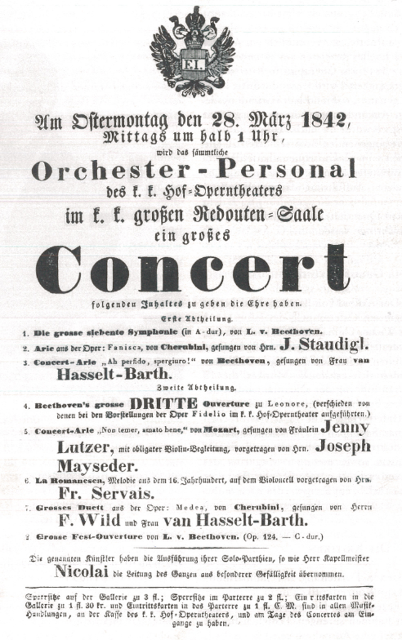 Overture to Otto Nicolai’s Opera – “The Merry Wives of Windsor”